We (The Alamo City Black Chamber of Commerce) received your letter dated July 17, 2018 “suspending” the Agreement. While the Chamber is grateful for the opportunity to collaborate with the County, we are disappointed with both the suspension and the manner in which the suspension arose.

As a reminder of how the Agreement materialized:

The Chamber was approached around January of 2018 regarding the results of Bexar County’s UTSA AABE study. The study demonstrated rather clearly that, despite existing programs in the County, African-American Business Enterprises (“AABE”) accounted for merely 3.8% of all firms in the Bexar County- San Antonio Metropolitan Area. The study further identified that these businesses faced barriers to contracting and advancement that could be ameliorated with management assistance and training. Despite the desire and stated commitment to alleviate this problem and prior initiatives regarding the same from numerous parties (and even the County’s own DBE department), the community continued to experience a gap in the availability and capacity of African-American Business Enterprises.

Founded in 1938, the Chamber is the third oldest black chamber of commerce in the United States. The Chamber has a diverse mix of board members and relationships with other, similarly aligned organizations. The Chamber is thus a natural partner for matters affecting the black business community in the Bexar County- San Antonio Metropolitan Area.

After being approached to propose a resolution to the issues identified in the UTSA AABE Study, the Chamber spent months developing a proposal for a program that would train and equip both African American Business Enterprises and other underserved businesses in the County to bid on County contracts and ultimately succeed in becoming contracting partners with the County. The first contract/grant proposal was presented to the County on or about January 4, 2018. Between January 2018 and March 2018, the County’s staff and the Chamber closely collaborated, and the Chamber received feedback on requested adjustments and capacity building that the County sought in order for the Chamber to be a grant recipient.

The Chamber and Black Contractor’s Association then made a public presentation and request for approval of the Chamber’s proposal (and the Agreement) to the full Bexar County Commissioner’s Court on March 13, 2018 along with a proposed budget. Program goals and solutions were presented in detail, including proposed partnerships, performance measurement, and the Chamber’s capacity for goal achievement. The Chair of the County’s SWMBE Advisory Committee, Chris Forbrich, and Renee Watson, the County’s SWMBE manager, were in attendance (Ms. Watson made a presentation regarding AABE’s immediately prior to the Chamber’s presentation). Frank Dunn and Margaret Wilson-Anaglia, members of the County’ SWMBE Advisory Committee, were also in attendance. Joe Linson, another member of the SWMBE Advisory Committee, voiced his support for the Chamber’s proposal during the Chamber’s presentation commenting that “this has been vetted.” Commissioner Kevin Wolff asked various questions about the program’s reach and performance metrics, which the Chamber addressed, including multiple clarifications that the reach of the program was not limited to AABEs. Commissioner Tommy Calvert highlighted the program’s ongoing reporting requirements. Commissioner Paul Elizondo commented on the goal of developing local businesses within the Bexar County metro area to help fill the gap in such a manner that programs like the Chamber’s proposal became unnecessary. The full Commissioner’s Court fielded multiple responses from the Chamber and others regarding the proposal, and ultimately voted unanimously in favor of approving the proposed program. Video of the presentation is available on the County’s website.

Between March of 2018 and June of 2018, the Chamber and County fine-tuned the proposal and Agreement. Ms. Watson attended more than one meeting between the Chamber and County to provide her input, ostensibly on behalf of the County’s SWMBE department. The Chamber further fine tuned the Agreement between legal counsel and the County’s legal department. On June 19, 2018, the Chamber made its final request for approval of the Agreement. During this presentation, it was made clear by County staff that the County would have an ongoing presence in monitoring performance metrics and providing oversight to ensure the integrity of the program. Commissioner Chico Rodriguez raised questions about program options – originally referenced again by Commissioner Kevin Wolff – for other stakeholders such as the Hispanic Chamber of Commerce, which were also addressed in the form of potential programs for other organizations. Questions were raised and answered through the Chamber’s request for approval of the program, and the Commissioner’s Court again voted to approve the Agreement. There has never been secrecy regarding what was being developed, and any stakeholder who had a concern about the Agreement had ample opportunity to make his/her concerns known to the County, including the County’s Advisory SWMBE Committee. The Chamber has been very transparent throughout the process.

Thus, the Chamber was surprised and confounded when, on Saturday July 7, 2018, Mr. Forbrich, the chair of the County’s Advisory SWMBE Committee, demanded first through a phone call to our manager of administrative support services that the Chamber appear before his committee – and the media – to discuss the Agreement. Mr. Forbrich followed his request with an email expressing his doubts about the ability of the Chamber to fulfill its part of the Agreement and included a reference that the Express-News would run an “expose” on the matter.

Mr. Forbrich further informed the Chamber that an “African American” leader had been appointed to co-chair a subcommittee inquiry into the matter. While Mr. Forbrich framed his request for the Chamber’s appearance as an “invitation” in his official communication, this is not what was communicated verbally to our manager of administrative support services on July 7. To quote a section of Mr. Forbrich’s email:

“Our committee feels strongly that all outreach programs targeting minority communities should be set up to succeed, should have community input in advance, should use taxpayer money responsibly and should be reviewed by qualified and disinterested parties to ensure integrity.

It is regrettable that the Alamo City Black Chamber of Commerce refused our invitation. It is my understanding the Express News will be doing an expose on the issue in Wednesday morning’s paper.”

To the Chamber’s knowledge, the County’s advisory committees do not have the authority or mandate to demand an appearance or testimony by the County’s contracting parties. The Chamber thus did not respond to Mr. Forbrich’s unexpected inquiry, and we respectfully request that you address the following questions in writing: why was the Chamber summoned to defend a legally executed contract before the media, and why was this request coming from an Advisory Committee of the County? Where was the Advisory SWMBE Committee during the proposal process between January 2018 and June 2018?

Furthermore, the manner and tone with which Mr. Forbrich’s email and other communications were submitted was outside of customary norms to the point of being offensive. It is hard to read this sudden negative attention and the imposed assignment of a hand-selected “African American leader” to “co-chair” a subcommittee to investigate and oversee the “integrity” of the Chamber’s program as anything but second guessing the chamber’s capabilities. Many of the chamber’s board members come from well-respected, major companies that would likely find this type of treatment of a business partner as highly irregular.

To the extent there were concerns about the Chamber’s ability to perform the Agreement, the County had months to review the Agreement and underlying proposal, and the County vetted and satisfied any outstanding concerns. Moreover, the Agreement calls for the development of a program, spearheaded by the Chamber, but also implemented with the participation of other community groups. There is ample opportunity for stakeholder input as the program is being developed, per the Agreement.

As it stands, the County has opted to “suspend” the Agreement AFTER the Chamber has expended time and resources and incurred excess expenses, including legal fees, in furtherance of the Agreement’s program. The Chamber satisfied what was necessary and appropriate to obtain the County’s approval for the Agreement during the formal review process that has occurred, and we expect the County to abide by the Agreement and reimburse these expenses.

In addition, the Chamber demands a retraction of the suspension. While the Chamber is willing and committed to participate in stakeholder meetings to discuss the Agreement’s implementation, these requests need to follow standard protocols and come from the County, and the County needs to abide by its contractual commitment in the interim.

We are again deeply disappointed in the status of Agreement, the manner in which these late concerns were raised, and the outcome thus far. We hope that the County will join us in a different path toward a resolution of this issue – one that views the Chamber as a valued and respected community partner.

The Alamo City Black Chamber of Commerce along with our alliances will utilize the Bexar County grant to facilitate greater access to Bexar County procurement for professional and construction services.

Eligibility: To be eligible for the program, business owners must currently be active or potential members of the Alamo City Black Chamber of Commerce and those who are existing AABEs who seek to become certified as AABEs through applicable certification methods.

For more information, please send us an message: info@alamocitychamber.org

Because of the many patrons like you, who share in the success of Alamo City Black Chamber of Commerce events, our Golf Tournament continues to grow each year.

We are looking forward to an estimated 144 golfers and associated named sponsors to participate in this year’s golfing event. Your support allows the Alamo City Black Chamber of Commerce to provide several scholarships for individuals to participate in the EPIC Leadership Program. Those who attend this meaningful training will have the opportunity to network with community leaders and share their diverse talents, skills, and unique perspectives in helping solve some of today’s and tomorrow’s problems facing a growing San Antonio Metropolitan Area.

There are various levels of sponsorship available for you to take advantage of. 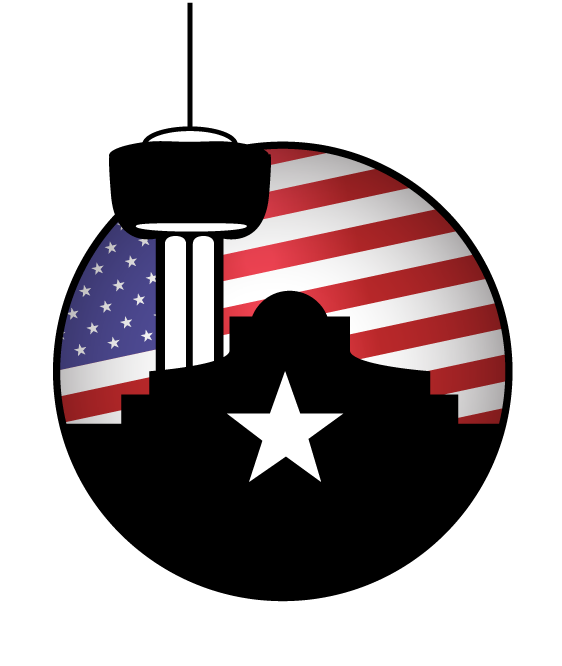